There is nothing like a year end review of your finances to give you a bit of a heart attack. This morning, I went through all my old budgets to calculate how much we’ve paid in debt and interest in 2014. It’s interesting to get an annual view, especially when you are making goals for 2015.

If you want to do your own review and don’t have budget sheets handy, just go back to you bank statements and add up all the payments you made to creditors. If you check your final statements for 2014, they should list how much you paid in interest to each of those creditors. Since we only had four debts left in 2014 and three of them are involved with our taxes, I needed to get those numbers anyway. 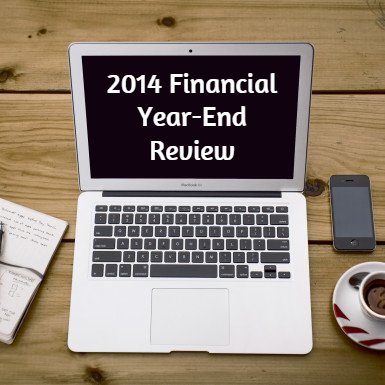 When I first looked at all of those numbers, I was a bit shocked. That’s a LOT of money. We also did some work around the house, had some significant car repairs, paid some vet bills for one of our cats, made some investments in our business, made our tax payments, and increased our savings a bit. We were able to do all that and still pay almost 52% of our take home pay in debt payments.

This has also made me start thinking of all the awesome things we will be able to do once we are debt free. We should be able to pay off the house in a few more years. We will be able to increase our retirement contributions and give more. We will also be able to start traveling again.

While these numbers gave me a few heart palpitations, they also gave me hope for the future.

Have you done a financial review for 2014? Have you made financial goals for 2015?