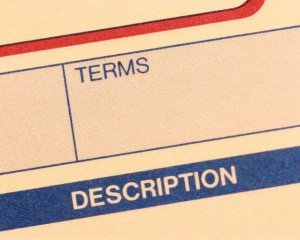 Yesterday, I went to have my car serviced. My little 2002 Kia has 90,000 miles on it so I know I was in for a big service. When I called to make the appointment, I told the person on the phone that I did not need my tires rotated because the place I purchased them from does that for free every 5,000 miles. I also reminded her that I had free oil changes for life. I wanted to make sure that I wasn’t charged for either of these services.

I dropped off the car at the scheduled time. The man at the dealership appeared a bit frazzled. I’m not sure why since there weren’t any cars in the bay being worked on. I waited almost 30 minutes just to get the guy to take my keys. I reminded him about the tire rotation and oil change. He quoted me $325 – $375. I thought that was fine since I had budgeted for it. I put away $50 a month for car repairs just for things like this. I signed the paperwork and left the dealer at about 1:00.

At 3:13, the dealership called my cell phone to let me know the car was ready. When I got there, I had to wait again to get my paperwork. At this point, I’m getting pretty annoyed. I had to run up to see my mom before going home and it was now almost 3:45. The guy hands me the bill and starts talking about a belt that is supposedly squeeling. I start reviewing the bill and notice that they charged me for the oil change. The guy starts arguing with me, then tells me that he can review the bill with me but he’s got to take care of the other people first. “Oh, I’ll wait.” Upon further examination of the bill, I found that they not only charged me for the oil change, but the oil change was also listed in the main service. For the main service, they had charged me for 3 hours of labor. Now, I know an oil change takes about 30 minutes and the dealer only had the car for 2 hours and 15 minutes so I really should have only paid for 2 hours of labor max.

After doing the math out on paper, I got back in line. I showed him the addition. I may be blond and a woman, but I can add. Really, I can. In fact, I kinda have a degree in it (I figure an accounting degree is pretty much an addition and subtraction degree). He looks at my math and then redoes the math himself to prove to himself that I can in fact add. I also mention the bit about being overcharged for the labor. He takes off the oil change and another $12 for the labor on the oil change that was inbedded in the three hours of labor. I had completely forgotten about the tire rotation and did not argue that point. So just based on what he took off, they overcharged me at least $42. I’m going to write the dealership to complain because I think I was still overcharged for one hour of labor at $89 per hour. After the post, I’ll be writing to the dealership and Kia Corporation to let them know how mad I am about the whole situation.

So the moral of today’s extremely long winded story: Check your bills before you pay them. Make sure you understand everything you are being charged for. I’m lucky to have worked with auto repair shops so I know how their businesses are run. If you have a service performed, make sure you understand the bill. Don’t walk away until you understand all of it. And don’t forget to check their math!

EDIT: I also forgot to note that I was overcharged for the property taxes on the same car this year. I noticed the town had the wrong model on my bill. It saved me $4.26 (or about 5% of the bill). I know it’s not a lot but it all adds up.