In April of 2008, I was sitting on the couch after tax season ending trying to figure out what I was going to do with myself for the rest of the year. I was finally feeling like myself after going through cancer treatment and I wanted to find a job that I could work around my business. I had always wanted to teach but I was afraid to put myself out there. 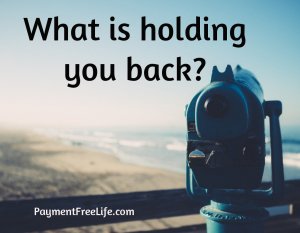 I had always wanted to teach. I also knew that we needed to kick start our income if we were ever going to get out of debt. It all seemed so overwhelming. I had no idea where to start.

I thought back to the last time I was in this predicament.

It was 2001 and I had just gotten married. I was also scheduled to graduate in six months and had not done an internship. I sent resumes to every firm within 30 miles of my house. I was able to get an internship which later turned into a full-time job.

I had done this before. Could random resumes work again? I didn’t have anything to lose. So I sent my resume to every college and university within 30 miles of my house. That is actually a lot of resumes.

I had no idea when colleges did their hiring so I waited.

And waited. And waited some more.

As the middle of August came and went, I was pretty sure I was not going to get a call. I had given up by the end of August. I was defeated. I had lost hope. I had sent my resume to more than 25 institutions and not a single phone call. I would never teach.

And then the phone rang. There was a last minute opening at a local university and the department chair wanted to know if I would be interested in teaching two sections of an introductory course. Classes would start in a week.

A week. Seven days. Did I mention I had never done this before? The courses covered material that I had not seen since I took the course almost ten years prior. Everything within me said “no”. Actually, it didn’t say no. It screamed “NO!!!! Um, hell no.”

As my mind said “no”, my mouth said “yes”. I had committed to teaching two courses with a week of preparation. A few days later, I had a syllabus and a textbook.

On the first day of class, my key card was not working and had to wait until for one of the maintenance guys to open the door for me. I overheard one of the students ask if anyone knew anything about the professor. Another student replied, “I believe it is an old guy.”

I was doomed. So doomed. I saw scenes from every movie and TV show I had ever watched where the students ate the new teacher for lunch. I was going to be that teacher.

Once the door was opened, I let all the students enter the room before I walked in. I closed my eyes, took a deep breath, and walked to the front of the room. The students were a bit shocked that I was not an “old guy”.

I can’t say I commanded that first class, but I made it through without being eaten for lunch. As the semester went on, I became more confident. Students appreciated my style and the way that I taught. I was asked to teach in the spring and the following year. In 2010, I got my first full-time teaching job. I have been fortunate enough to teach full-time each academic year since. I love my job and I love my students. It is amazing to see all they have accomplished. It is awesome to know I have made a difference in the lives of so many.

None of that would have been possible if I had said no. I overcame my fear. I put myself out there when it was not comfortable.

What is stopping you from accomplishing your goals? From searching for a better job or asking for a raise? From asking for help to improve yourself? How can you overcome your fears?